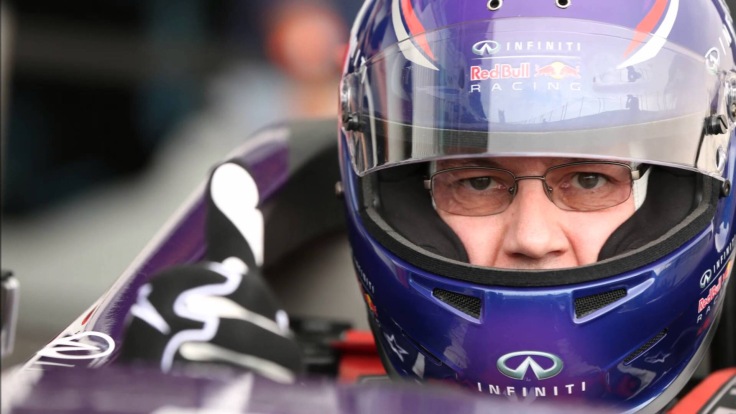 A lucky motorist from the UK has realised his life-long dream to experience the ultimate in automotive performance – a drive in a real Formula One car, with personal tuition from Infiniti Red Bull Racing driver Daniil Kvyat.

Having taken a test drive of an Infiniti road car Carl Lawrence from South Godstone in Surrey was selected from hundreds of other hopefuls in the ‘Infiniti Ultimate Test Drive’ campaign.

His prize saw him first visit the Infiniti Red Bull Racing factory in the UK to drive the F1 team’s simulator and undergo an intense tuition program, before heading to the Dubai Autodrome. With guidance from Russian F1 star Kvyat, he learned the circuit in an Infiniti Q50 before progressing to a junior single seater car. He was then let loose in a race-specification Infiniti-branded Formula One car, turning this once-in-a-lifetime dream into reality. This weekend he heads to Abu Dhabi for a VIP experience at the Grand Prix, courtesy of Infiniti.

The Infiniti Ultimate Test Drive campaign ran in the UK from July to August 2015. It offered anyone who test drove an Infiniti at their local dealership the chance to be entered into a draw. From there, 25 finalists from UK were selected to compete against each other in a driving assessment day. Carl was deemed the best driver by Infiniti’s panel of experts, and joined two other winners from Russia and the Middle East for the main prize.